FREE SHIPPING ON ALL UK ORDERS

Article from our archives from the Telegraph & Argus 6th Oct 2003

If most businessmen got a phone call from Kensington Palace demanding a product to be specially made for Prince Charles, it might send them into a state of panic.

But it's just another day at the office for Douglas Long, founder and boss of one of Bradford's most unusual niche companies. His firm, Specialist Car Covers, has just supplied four of its bespoke covers for Charles' fleet of Bentley Turbos and Jaguars which he keeps at the palace.

The covers, which the Burley-in-Wharfedale business has been marketing for 23 years, are hand-made by some of the 12 workers at the company's factory in the heart of Little Germany, Bradford.

They are used by wealthy individuals who have a fleet of expensive cars to protect them from bad weather and other damage, and also by a string of car manufacturers for motor launches. And Charles is just one of many high-profile customers on the books.

Since founding his business, former hairdresser Mr Long has crafted covers for the likes of the Sultan of Brunei and his family, Eric Clapton, Roger Daltry, and Penelope Keith. Each is individually tailored, as Mr Long says, "just like a Saville Row suit".

He has recently been working with the McLaren Formula One team, making covers which prevent rival teams from spying on their new designs. And the company also covered the world's most expensive car - worth a cool £10 million.

Mr Long said the market for the covers was continuing to expand and admitted the firm was desperately keen to recruit more skilled workers to help put the covers together in Bradford.

"The business is growing all the time," he said, "We keep bringing out new products and coming up with different ideas and we are supplying different people. "People used to ask why you would want to cover a car up, but with the growth of two-car families, some get left outside and need that protection. Equally, a lot of wealthy people have large collections of cars that they can't drive all at once, and this way they can keep them clean."

But he stressed the company was constantly having to innovate to stay ahead of the competition. "It is not easy. Ever since we first set up, there must have been a dozen other companies trying to copy what we do. But we are still widely regarded as the market leader because we were the innovators of the product."

That is shown in the growing market for caravan covers, to which a whole floor in the Little Germany factory is dedicated. They are made from a light-weight material designed by Mr Long, and have proved a hit with customers.

The business started in 1977 when Mr Long bought a Ferrari and wanted to keep it sheltered from the rare pigeons that he also looked after. He made himself a car-shaped cover out of felt which was then spotted by a friend in the Ferrari club, who was impressed by the idea. Within three years, Mr Long was designing a cover for the official launch of the new BMW 5 Series and the business was flourishing.

Now the company has special teams dedicated to designing covers for motorbikes and caravans. Aircraft, boats, helicopters and even smaller items such as computers can be dealt with on demand.

And Guiseley-born Mr Long admitted he had found himself a dream job.

"If you like cars, then it is a fantastic job, and fortunately, I love them," he said. 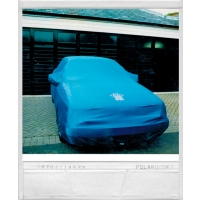 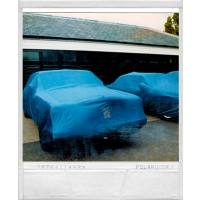 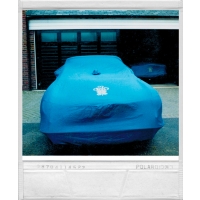